A Room Full of Bones 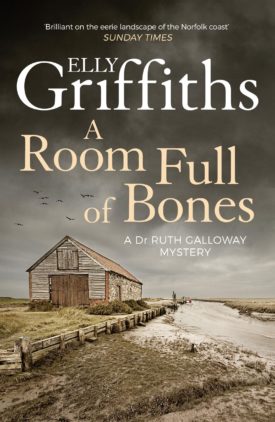 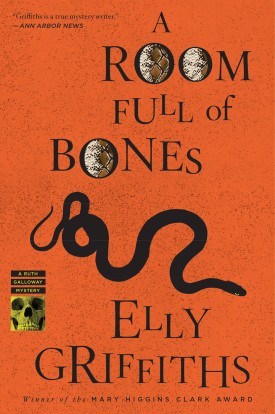 It is Halloween night in King’s Lynn, and Dr Ruth Galloway is attending a strange event at the local history museum – the opening of a coffin containing the bones of a medieval bishop. But what Ruth finds is the body of the museum’s curator lying beside the coffin.

Soon the museum’s wealthy owner lies dead in his stables too. These two deaths could be from natural causes but when he is called in to investigate, DCI Harry Nelson isn’t convinced, and it is only a matter of time before Ruth and Nelson cross paths once more.

When threatening letters come to light, events take an even more sinister turn. But as Ruth’s friends become involved, where will her loyalties lie? As her convictions are tested, she and Nelson must discover how Aboriginal skulls, drug smuggling and the mystery of The Dreaming may hold the answer to these deaths, and their own survival.