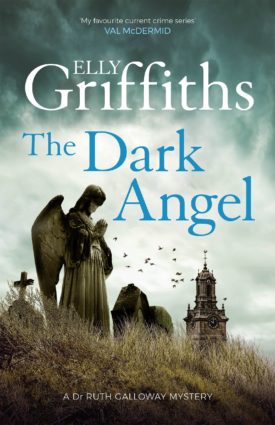 The tenth book in the Dr Ruth Galloway series sees Ruth wanting to escape from Norfolk and from  her complicated relationship with DCI Nelson, at least for a while. Her chance arrives with an invitation from Dr Angelo Morelli at Rome University. Morelli, with whom Ruth once had a fleeting affair, has found some Roman remains that seem to hold a mystery. He offers Ruth a role as a consultant and a free holiday in the picturesque hilltop town of Castello degli Angeli. Ruth and Kate fly to Italy without telling Nelson, who is preoccupied by a recently released killer and by Michelle’s pregnancy. But Ruth’s holiday is not the relaxing break she had imagined; an earthquake is followed by a murder that shocks the local community and stirs long-forgotten memories. And it’s not long before Nelson, accompanied by Cathbad, is on his way to Italy. But has Nelson ignored the dangers at home?